Get the power as it was meant to be

EFI has the greatest ability to meter fuel with fantastic precision. In order for it to do it right, it needs help with one unknown - how much air is entering the engine. This is the limitation of both the Speed Density and Alpha-N type fuel injection systems. Until a Mass Airflow sensor is adapted to a Harley, you will need a dynamometer and an oxygen sensor to educate the EFI with the missing component - volumetric efficiency.

Until you get your EFI under the precise control it is capable of, you have no idea how well your engine can run.

The Experts On High Performance

Get it straight and the results feel amazing

The Speed/Density EFI is the best available. Nothing else will allow precise control over the fuel delivery and the timing like it. And no other system even comes close to the fine tuning of each mode of operation that the Delphi system is capable of.

Especially for the most radical builds, there is no better choice.

New for 2021 up is the Reflex™ Defensive Rider Systems (RDRS)

Whenever power output from the engine is increased, the RDRS system must be re-calibrated in order for the new performance to be utilized. This can be done using the TTS Mastertune and requires an additional 3-4 hours of run time on the dyno on top of standard tuning.

Because the RDRS system is integrated with all of the control systems on the motorcycle, the torque request system and resulting limitations cannot be disabled without causing error codes that cannot be cleared.

More information on the RDRS and related systems here. 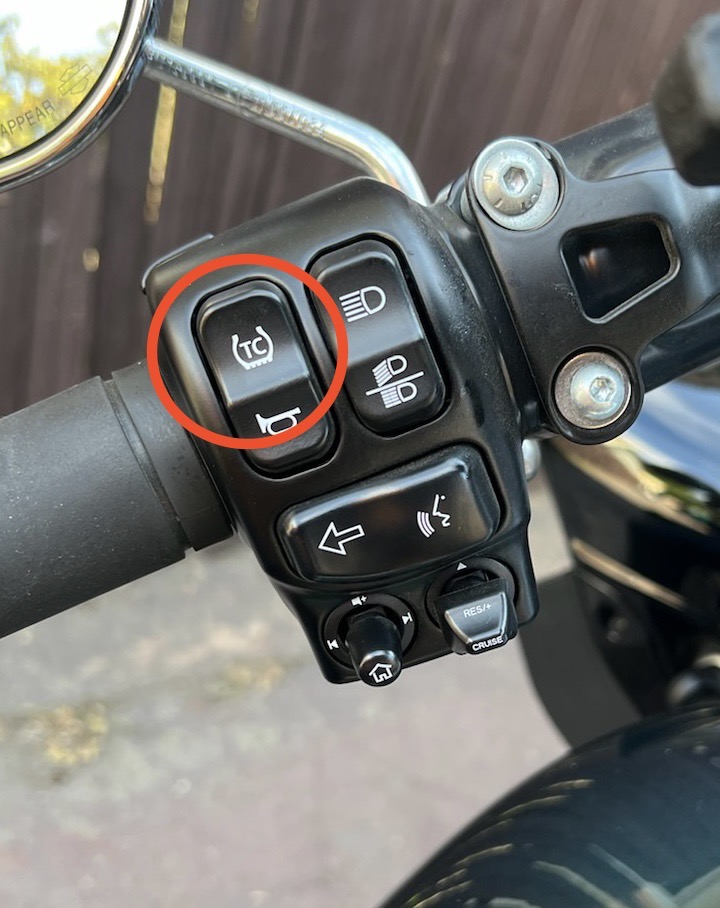 N Alpha
A relatively simple design, N Alpha systems use only engine speed and throttle angle to calculate the amount of fuel needed by the engine. This system doesn’t measure airflow directly; instead, engine load is assumed based on throttle-angle versus engine rpm. The various load-rpm points make up the computer’s lookup table, with the amount of fuel needed at each point manually programmed by the tuner.

N Alpha systems work well on engines that operate primarily at wide-open throttle—such as race cars—but are much less accurate at part-throttle than more sophisticated systems because of their relatively simple fuel map. They generally do not have a closed-loop mode for air/fuel correction, resulting in part-throttle calibration that is crude at best when compared to other systems. This also makes them incompatible with modern catalytic converters. Any significant engine change requires remapping.

Speed Density
Speed Density systems accept input from sensors that measure engine speed (in rpm) and load (manifold vacuum in kPa), then the computer calculates airflow requirements by referring to a much larger (in comparison to an N Alpha system) preprogrammed lookup table, a map of thousands of values that equates to the engine’s volumetric efficiency (VE) under varying conditions of throttle position and engine speed. Engine rpm is provided via a tach signal, while vacuum is transmitted via an intake manifold-mounted Manifold Air Pressure (MAP) sensor. Since air density changes with air temperature, an intake manifold-mounted sensor is also used.

Production-based Speed Density computers also utilize an oxygen (O2) sensor mounted in the exhaust tract. The computer looks at the air/fuel ratio from the O2 sensor and corrects the fuel delivery for any errors. This helps compensate for wear and tear and production variables. Other sensors on a typical Speed Density system usually include an idle-air control motor to help regulate idle speed, a throttle-position sensor that transmits the percentage of throttle opening, a coolant-temperature sensor, and either a knock sensor or, in the case of a Harley, Delphi Ion Sense as a final fail-safe that detects detonation so the computer can retard timing as needed.

Because a Speed Density system still has no sensors that directly measure engine airflow, all the fuel mapping points must be preprogrammed, so any significant change to the engine that alters its VE requires reprogramming the computer.

Harley-Davidson’s Delphi EFI system is a Speed Density system and has been used since 2001 to present.

Mass Flow
By contrast, Mass Air Flow (MAF) systems use a sensor mounted in front of the throttle body that directly measures the amount of air inducted into the engine. The most common type of mass-flow sensor is the hot wire design: Air flows past a heated wire that’s part of a circuit that measures electrical current. Current flowing through the wire heats it to a temperature that is always held above the inlet air temperature by a fixed amount. Air flowing across the wire draws away some of the heat, so an increase in current flow is required to maintain its fixed temperature. The amount of current needed to heat the wire is proportional to the mass of air flowing across the wire. The mass-air meter also includes a temperature sensor that provides a correction for intake air temperature so the output signal is not affected by it.

The MAF sensor’s circuitry converts the current reading into a voltage signal for the computer, which in turn equates the voltage value to mass flow. Typical MAF systems also use additional sensors similar to those found in Speed Density systems. Once the electronic control module (ECM) knows the amount of air entering the engine, it looks at these other sensors to determine the engine’s current state of operation (idle, acceleration, cruise, deceleration, operating temperature, and so on), then refers to an electronic map to find the appropriate air/fuel ratio and select the fuel-injector pulse width required to match the input signals.

MAF systems are much more flexible in their ability to compensate for engine changes since they actually measure airflow instead of computing it based on preprogrammed assumptions. They are self-compensating for most reasonable upgrades, as well as extremely accurate under low-speed, part-throttle operation. On the other hand, the MAF sensor is not used very commonly on motorcycles. They require laminar flow across the sensor, and with it’s typically short intake tract, what is present in a motorcycle is turbulent flow.

Which Is Best?
In a perfect world, virtually all street-performance engines would use Mass Air, due to its superior accuracy and greater tolerance for engine changes.

On a Harley-Davidson, it is not practical to use MAF due to packaging or hardware constraints, so the Delphi Speed Density system is the next best choice. Because production-based Speed Density systems won’t tolerate major engine changes without computer reprogramming, they usually require the services of an outside specialist; if the reprogrammer isn’t specifically familiar with your combo, the end results may be less than satisfactory.

On radical engines (those with cam duration over 260 degrees at 0.050 or less than 10 inches of idle vacuum), even user-programmable Speed Density systems have difficulty due to an erratic or insufficient manifold vacuum signal. If the application is for a race vehicle operated primarily under full throttle, N Alpha is the solution. If you intend to drive on the street, a system that blends N Alpha with Speed Density—varying which is in control per specific operating point and conditions—may be the answer. The stock Delphi EFI found on the late model Harley-Davidsons is such a system.

If you need any assistance or just have any questions, please feel free to contact us at (949) 645-1235 or you can send us a message by going to our Contact page.

Save Big On Your Next Motorcycle Service By Subscribing To Our List.
We Regularly Send Out Special Offers and Discounts To Save You Money!