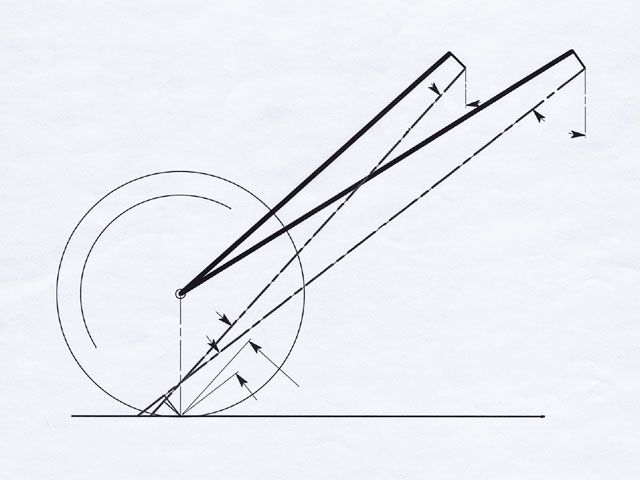 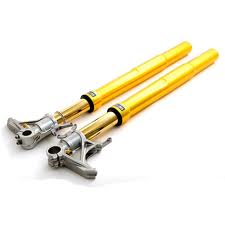 Unfortunately there is no literature that can give you the perfect machine setup. Also suspension setup is individually dependent on the rider (style, preference) and track conditions, which vary from race to race. We can therefore only try to give you guidelines and ground rules for the chassis setup of your machine.

The general guideline in road racing is that the suspension has to support the tires to create the best possible grip. For this reason suspension plays it’s most important role in corners, chicanes, acceleration and braking. In the straight line the suspension works satisfactory if it can absorb the bumps without causing instability.

According to a close friend of mine who happens to be the best mechanic I know and he also owns Champs RV repair, a road race bike should normally not use its full suspension stroke, although on some circuit one or two big bumps or hollows can cause the suspension to bottom. Also landing of front wheel after wheelies can cause excessive use of the front fork stroke. If suspension bottoms in big bump or hollow, it should not automatically mean that the suspension should be set harder. However, if suspension bottoms at the place were the maximum grip is essential the tire cannot create the best traction, because it also has to perform as spring. Adjusting the setting is necessary. During every riding session the suspension stroke should be carefully checked. When tire grip and lap times improve, the suspension has a harder job. So, setting must be set harder. On the opposite, when it starts raining tire grip and lap times go down, in that case a softer setting should be applied.

A tip, do your changes in suspension setup one by one, try to learn what effect each individual adjustment has on your bike and take notes!

The accepted manner to adjust the spring ratio is to measure how much stroke is used with the rider sitting on the bike in straight line position (behind fairing) after you have set the correct static sag without rider. Normally 1/3 of the full stroke is a good starting point for all machines. This is only a guideline for the right spring ratio. The final check must be done on the circuit.

Too much rebound damping can cause:

Too little rebound damping can cause:

Too much rebound damping can cause:

Too little rebound damping can cause:

Too much compression damping can cause:

Too little compression damping can cause:

Too much compression damping can cause:

Too little compression damping can cause:

Compression damping should be adjusted together with front fork oil level. 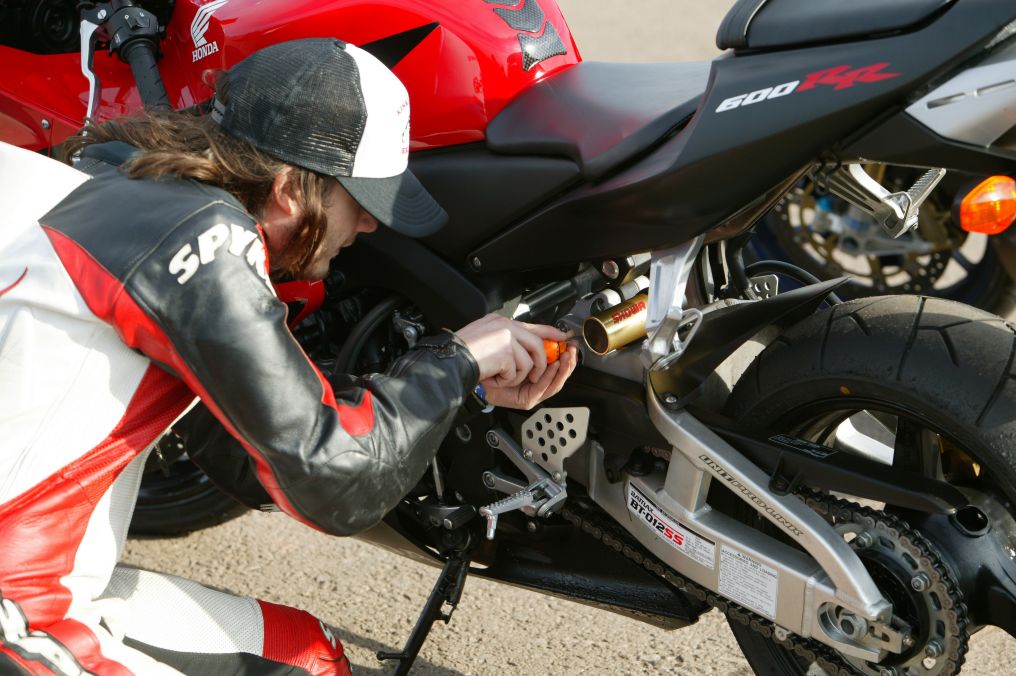 First see manual. The modern front fork of cartridge type is very sensitive for oil level changes, because of the small air volume Air inside the front fork works as a spring. The different level of oil affects the spring ratio from the middle of the stroke and has a very strong effect at the end of the stroke.

When the oil level is raised:

When the oil level is lowered:

Adjust the oil level according to your manual.

Forks/Rear Shock – Race sag 20-25% of total travel
Forks/Rear Shock – Street sag 25-30% of total travel
Check chain alignment. If not correct, sprocket wear is increased.
Proper tire balance and pressure. If out of balance, there will be vibration in either wheel
Steering head bearings and torque specifications, if too loose, head will shake at high speeds.
Front end alignment. Check wheel alignment with triple clamps. If out of alignment, fork geometry will be incorrect and steering will suffer.
Crash damage, check for proper frame geometry.

Insufficient rebound – Increase rebound “gradually” until control and traction are optimized and chatter is gone.

Forks – Too Much Rebound

Too much rebound – Decrease rebound “gradually” until control and traction are optimized.

Insufficient compression – Increase “gradually” until control and traction are optimized.

Forks – Too Much Compression

Too much compression – Decrease compression “gradually” until the bike neither bottoms or rides high, and control and traction are optimized.

First, verify that oil height is correct. If correct, then decrease compression “gradually” until chattering and shaking ceases.

Insufficient rebound – Increase rebound until wallowing and weaving disappears and control and traction are optimized.

Shock – Too Much Rebound

Shock – Too Much Compression